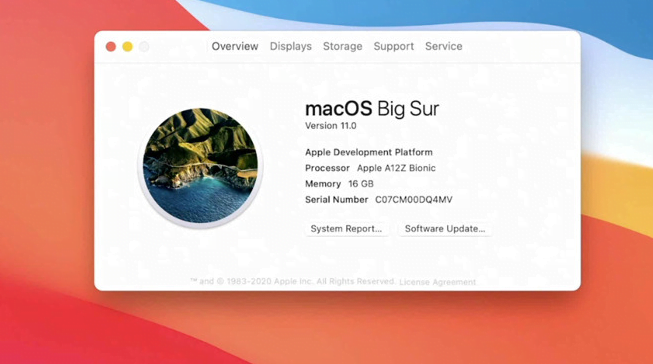 Apple finally migrate to the ARM processor, Apple-designed Silicon this year. The Silicon has been rumored this year, but this designed alongside the macOS Catalyst. This feature will help the users to support every iOS and iPad app to the Mac operating system. In macOS Big Sur Apple brought lots of changes to its native macOS Apps. The new-look of macOS Apps are Messages, Mial, Photos, Calendar, and Finder, the design is much better and beautiful.

As users expected finally we see lots of changes improvements to new operating system macOS Big Sur. And the more you see changes in iOS, with macOS Big Sur brings lots of new widget features, that features get with iOS 14, and iPadOS 14. The new macOS Big Sur will complete your whole experience overall.

We didn’t know about the release of macOS Big Sur or macOS 11. But according to the Apple Inc schedule we pretty sure, that what should be next operating system of Apple. The full version of macOS Big Sur will release in September or October of this year. But if you want to check out the operating system over ahead to the developers beta today, remember that it won’t free for you.

The latest operating system of Apple macOS Big Sur kicked out yesterday at WWDC 2020 22nd June, 2020. But we don’t have the idea about the general public will exist to download and install our Macs. Usually, Apple releases its software, iOS, iPadOS, or macOS every year at the same time. But they release with a beta version in order to have some feedback about its internal issues such as unknown bugs, or Security performance issues. But again it’s reasonable that Apple macOS 11 Big Sur will be released this in September or October 2020. Even we don’t know about its actual release, but according to its past releases we jump to September and October months.

For running macOS 11 Big Sur public version on your Mac that will be available in your hand later this year. You have to know the compatibility of your Macs in order to run it. Unfortunately or fortunately Apple macOS 11 operating system requirements gone up. Check out the below Macs that are noticed by Apple Keynote, which are compatible with macOS 11 Big Sur.

Latest Features of macOS 11 Big Sur that announced at WWDC