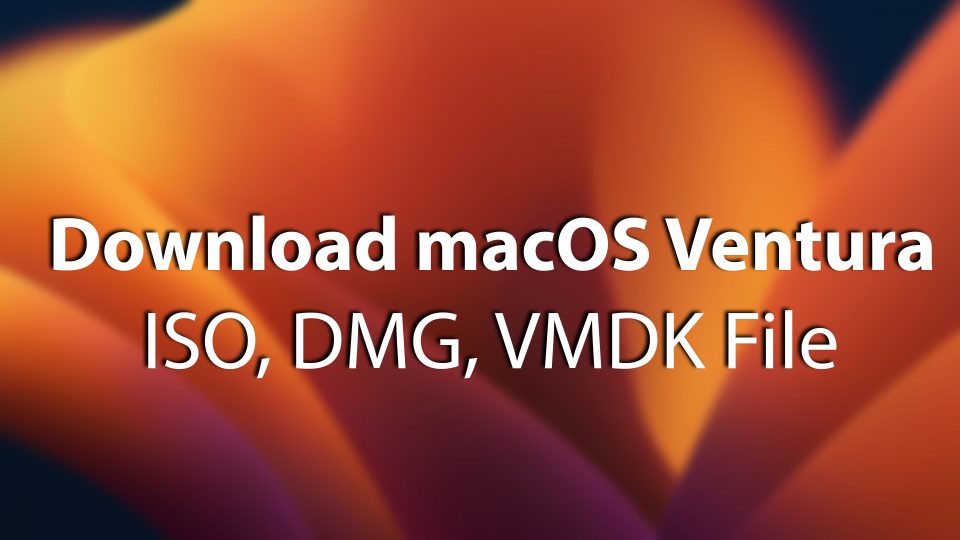 Every year Apple kicks out its latest products such as operating systems, Watches, MacBooks, and other products. With the same process this year Apple kicks out the latest operating systems such as macOS Ventura version 13, iOS, WatchOS, and tvOS. The new WWDC Worldwide Developer Conference was held on June 6, 2022, at the Apple hall and the conference was gone live for the developers who participated in the event of WWDC.

However, we have created the latest macOS Ventura 13 ISO, VMDK, and DMG, files for those who want to test it on their macOS PC, Windows, or Linux. Therefore, I will provide the three different files of macOS Ventura version 13.

If you are facing a lake of macOS machines, you can easily install the macOS Ventura on your Windows, or Linux, with the help of virtual machines. Such as we have tested the macOS Ventura on VMware and VirtualBox. If you don’t know how to make it happen then check out the below downlink.

For installing macOS Ventura version 13 on the actual PC such as MacBook Pro, Air, Macintosh, Hackintosh, or any other Mac PC. You need to download the macOS Ventura DMG file because through the DMG file of macOS you will be able to create the USB installer drive. Once you have created the USB bootable drive simply you can install it on your Mac PC.

However, most of the bloggers are saying that VMDK is a pre-installed file of operating systems. But indeed VMDK has a separate file that can be creatable such as an ISO image file. Like you are using the VMware & VirtualBox to create a VMDK File. Previously most of the bloggers were using the VMDK file. When a new way finds out to create the ISO file they left to create the VMDK file. Such as starting the macOS Sierra people were using the macOS VMDK file for installing it on VMware & VirtualBox. Right now, we are using the ISO image file of macOS, which makes the task pretty much easy.

That was all about the download links of macOS Ventura version 13 ISO, DMG, and VMDK files. I hope you have done with it and there isn’t any error for you. So if you faced any kind of problem feels free to share with us via the comment section box.

How to Install VMware Tools on macOS Ventura on VMware?